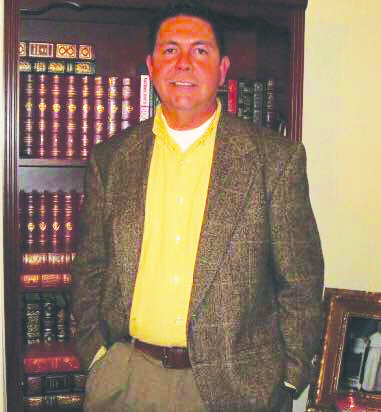 Robert C. Morales passed away Tuesday, February 9, at Methodist Hospital in Dallas after a lengthy illness.  Robert has been the Editor-in-chief of The Van Horn Advocate for the last three years, fulfilling his life-long dream of owning his own newspaper.  The Texas Press Association has recognized The Advocate the last two years and he made dramatic changes to the newspaper, making it a full-color publication and recently launching an online version.  Prior to buying The Advocate, Robert worked for the Laredo Morning News and the City of Laredo as their public information officer prior to moving to Houston to work for Enron Corporation in marketing.  He also worked for Dr. Pepper Corporate in Plano, also in public relations in the Nascar circuit.  Upon moving back to Van Horn, Robert was employed by WorkForce Solutions. Robert was born in Van Horn on November 30, 1958, and was a 1977 graduate of Van Horn High School.  He was most proud of graduating from the University of Texas with a degree in journalism and loved nothing more than rooting for his beloved Longhorns.   He loved politics and was a former school board president of the Culberson County-Allamoore ISD, and who was considering another run this year.  Robert was unabashedly a die hard Democrat, who loved to have friendly and not so friendly discussions with his Republican friends.  He loved to cook and experiment with recipes, often feeding older residents whom he loved to visit.  Robert was an accomplished musician and until recently played with the local group, Los Pecadores.  However, his real love was playing the organ at Our Lady of Fatima Catholic church.  He was preceded in death by his parents, Moises and Angela Morales and older brother, Manuel Morales.  He is survived by his sister, Gilda Morales, Fran Malafronte, Uncle Hector Morales, Aunt Barbara Mendez, Aunt Lucita Morales, countless, beloved cousins, office “wife”, Lisa Morton, friends, as well as his puppy, Miss Daisy.  Pallbearers were Joe Morales, Mario Morales, Javier Morales, Hector Mendez, Chris Calderon and Thomas Calderon.  Funeral arrangements were entrusted to Heritage Funeral Home of Van Horn. 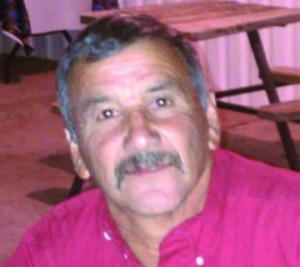 Manuel Ramirez, age 63, passed away in Odessa, Texas on February 7, 2016.  Manuel was born in McNary, Texas on April 22, 1953 to Jesus and Teresa   Ramirez.  Manuel was a lifelong  resident of Van Horn, Texas.  He started his own business as a mechanic in 1974.   In the early 90’s he opened  Donald’s Restaurant, and still kept his towing business, although he had an illness Manuel didn’t slow down, he passed away doing what he loved.  Manuel also enjoyed hunting with his boys and buddies; he loved spending time with his grandchildren and family get togethers.  Manuel will be truly missed by family and the community.  Manuel is survived by his two sons: Jesus “Tuti “and his wife Kim of Odessa, Donald Ramirez and his wife Sandy of Odessa, his two daughters: Priscila Ramirez and Lissette Ramirez.  He is also survived by his four sisters: Martha Corrales of Van Horn, Sita Corrales of Van Horn, Carmen Downing of Van Horn,  Tita Lopez of Van Horn and his three brothers: Chomeno Ramirez of Odessa, Chito Ramirez of Odessa , Naniz Garabay of Van Horn and brother by heart Jose Luis Aguilar of Mexico.   Manuel was blessed with five grandchildren.

Jesus and Donald and their families would like to express their gratitude to everyone.   The food, flowers, sympathy cards, well wishes and prayers are appreciated.  Special thanks to Tia Martha and our aunts and uncles, the ladies who helped prepare and serve the meal for our family and friends.  We would also like to thank our father’s loyal customers for being there for our dad.

Dad we love you and will always miss you, you were the best dad ever.