Adan Estrada, 56, of Valentine, passed away in Valentine on January 11, 2016.  Adan was born in Fabens, Texas on July 27, 1959.  He was a lifelong resident and high school graduate of Valentine.  After graduating, he married his high school sweetheart, Irma on June 24, 1977.  Adan had a talent for working on cars so he opened his own business and worked there as a mechanic for many years. In 1993, he decided he was going to work in Van Horn so he started working at Napa as a parts advisor; he loved what he did and made many friends.

In 2005 his heart was filled with joy when he became a “Popo” to his granddaughter Makayla, followed by her sisters Amaris and Arysenay.  Adan was a good person always trying to help people no matter what they needed. He liked to sing, his favorite songs were “That’s Amore” and the Bonanza theme song.  He had to have his sweets and his Coca-Cola even though they were bad for him and always conned his daughter Eva into making doughnuts for him. Adan was a loving husband, father, grandfather and friend; he will be truly missed by all his family and friends. 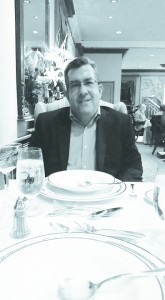 Jay Allen Sparks, 51, of Alexandria, Virginia, died on January 9, 2016, at the Sam Houston Army Medical Center in San Antonio. He was born on March 1, 1964, in Odessa to John T. Sparks and Betty Smith Sparks.

Family visitation, rosary and eulogy took place on January 14 at Rushing Estes Knowles Mortuary in Uvalde. Funeral mass was held on January 15 at Sacred Heart Catholic Church in Uvalde. Interment followed in the J.A. Sparks Memorial Cemetery at Cline. Pallbearers were Jay’s children, his son-in-law, his brothers and his brothers-in-law.

With many ties to West Texas, Jay had lived in Van Horn,  Presidio, and Balmorhea. A proud patriot who came from a family involved in law enforcement, his early stints as a Pecos police officer and a Presidio County deputy sheriff were followed by an assignment at the Presidio port of entry. Jay spent the next 27 years advancing in his federal law enforcement career, working for the U.S. Border Patrol, Legacy Immigration and Naturalization Service, and Immigration and Customs Enforcement under the Department of Homeland Security,

All who knew Jay, knew his passion for his family, for life, for his Scottish heritage, and for his Harley Davidson motorcycle. He was loved by many and will be greatly missed by those whom he touched. 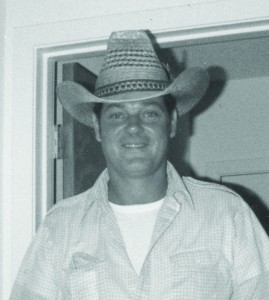 John D. Kuhlman, Sr., 74, of Van Horn passed away on Wednesday, January 13, 2016. He was born on August 6, 1941 in Los Angeles, California to Douglas Eugene and Patricia Kuhlman. He was married to the love of his life, Mary Jo Kuhlman, for 45 years. He was a 14 year veteran of the United States Army and served in law enforcement from 1974-2009 until his retirement. He will be greatly missed by all of his friends and family. No services are being held at this time.

Arrangements are under the direction of Nalley-Pickle & Welch Funeral Home & Crematory of Midland. Online condolences may be made at www.npwelch.com.