(Running in The Advocate as a two-part series)

Reprinted with permission from The El Paso Times

AUSTIN — It has been 100 years since 15 unarmed men and boys from a small border town south of Marfa were executed in the middle of night.

“Men were dragged from their beds, and, without having been given time to dress, were led away in their night clothes to the edge of the settlement, where they were shot to death by the posse,” reads an El Paso Morning Times article published on Feb. 8, 1918, almost two weeks after the massacre. “The bodies of the men were found the next day where they had fallen, riddled with bullets.”

They were killed after a group of Texas Rangers, U.S. Army cavalry soldiers and local ranchers descended on their village, Porvenir, seeking revenge for a deadly attack at a nearby ranch a month earlier — although there was no evidence tying the villagers to it.

Details of the massacre shed light on the daily realities of one of the most violent periods in Texas history. As bandits from Mexico led raids in Texas towns, law enforcement officers responded to growing fear by being openly violent towards people of Mexican descent.

The massacre was the subject of an investigation by the Texas Legislature, which resulted in a reorganization of the Rangers.

The perpetrators never faced criminal charges, but their actions still are felt 100 years later by the descendants of those who were killed.

These same descendants refuse to let the massacre fade from Texas’ collective memory, inspiring historians to unearth new details about Porvenir and what happened there.

While it is one of the most well-documented atrocities of this period in Texas history, details of the massacre have been shrouded in mystery for decades. Many federal government documents about the killing were classified and the state refused to publish transcripts of the investigation until the late 1970s.

Jerry Patterson, the former Texas land commissioner, helped organize an archaeological dig at the site in 2015, along with a handful of historians. He also is behind an effort to produce a documentary about the massacre.

“I consider myself an amateur historian,” he said. “I’m interested in Confederate history, Tejano history, Buffalo Soldier history — the chapters that are misunderstood, have bad information or nobody knows about.

“Porvenir is a chapter in Texas history that nobody knows about.”

Arlinda Valencia was at her father’s funeral in 1996 the first time she heard the name Porvenir.

Her family had gathered after the burial, telling stories about her father’s life and her family’s history.

One story stood out: that of her great-uncle, Juan Flores, who was 96 years old. He described his early childhood living on the border in a peaceful village, until one night in January when 15 men were slaughtered — including his father.

“We basically laughed, because he said the Texas Rangers had killed them,” the El Paso resident said. “We told him there was no way that would have happened, because the Rangers are a good organization.”

But Flores insisted: The Texas Rangers had killed his father.

So, Valencia and her sister started researching their genealogy. She discovered that her family had deep roots in South Texas, in a little-known town named Porvenir.

When they discovered an article on the Texas State Historical Association’s website about the massacre, they realized Flores was telling the truth.

His father, Longino Flores, had been killed along with 14 other men from his small village. Valencia’s grandfather, Rosendo Mesa, was one of the few men who survived, because he had traveled to a neighboring town for supplies and spent the night there before returning home.

So, why hadn’t Juan Flores told his story? Valencia said he had tried to tell his family several years earlier, but they didn’t believe him.

“They thought he was crazy,” she said. “He suffered with that his whole life.”

Mesa died without speaking of the massacre. Valencia’s father died without knowing the atrocities in his family’s past.

“Until 1996, no one in my family had spoken about it,” Valencia said. “Nobody knew until my sister and I heard about it, started researching and discovered the truth. Then we had to start finding the real truth, not what had been recorded in history books, which was far from the truth.”

The year was 1918 and Porvenir was a remote village on the banks of the Rio Grande in Presidio County.

Despite its proximity to Mexico and the revolution raging within that country’s borders, Porvenir was a peaceful settlement where 140 people of Mexican descent worked as farmers and raised livestock.

But violence had spilled over the border into other areas of the state, and there were near-constant reports of raids and brutality perpetrated by revolutionary troops or bandits.

As the violence grew, the United States sent troops to patrol the border and Texas leaders increased the presence of Rangers in the region.

“So, you have, from both the federal, state and local level, a call to police people who look like they’re bandits or Mexican revolutionaries,” said Monica Muñoz Martinez, a professor at Brown University who has studied this era of violence in West Texas. “It’s really this period of pervasive profiling.”

When raiders believed to be supporters of Mexican revolutionary Pancho Villa waged a deadly attack on the Brite Ranch in Presidio County, law enforcement looked for the bandits at nearby Porvenir.

While there was no evidence linking the villagers of Porvenir to the raid, 15 men and boys between the ages of 16 and 72 were killed in retaliation.

Ranger Capt. J.M. Fox, who led the company that came to Porvenir, offered a different explanation for the attack and said residents of the village fired upon his company when they approached.

As the 15 men were executed, the survivors fled, fearing more violence at the hands of law enforcement officers or vigilantes. Many crossed the river into Mexico.

Harry Warren, a local schoolmaster who wrote an account of the massacre, summarized the events:

“The quiet little village of Porvenir with its peaceful farms and happy homes was no more! The Rangers and four cow-men made 42 orphans that night.”

Harry Warren, a local schoolmaster, in his account of the Porvenir massacre

“The quiet little village of Porvenir with its peaceful farms and happy homes was no more!” he wrote. “The Rangers and four cow-men made 42 orphans that night.”

Warren lived several miles away from Porvenir, but was notified of the massacre the following day by Juan Flores, who was 13-years-old, and another one of his students.

He returned to the village with the boys and discovered the bodies of the 15 victims. Warren recorded their names and details from the scene.

“He was a scholar and he was a very able historian,” said Glenn Justice, a historian and author who has studied Porvenir since the 1980s. “He is probably the best contemporary source on the massacre.”

Justice said Warren also was a licensed attorney and he eventually took depositions from many of the survivors.

The morning after the massacre, a survivor returned for the bodies, which were buried in a mass grave across the river in Pilares, Chihuahua, in Mexico.

In the days that followed, troopers returned to the scene of the massacre and burned the village to the ground.

Madlin Mekelburg is a reporter with the USA Today Network Austin Bureau; she may be reached at 512-479-6606;

Editor’s Note. Read Part 2 of series in next Advocate Publication. 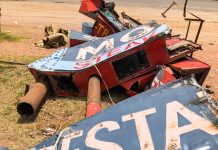 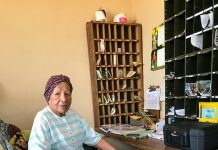 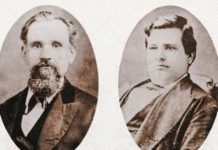