The Texas water and wastewater industries are nearing a workforce shortage, making it essential for employers and universities alike to rethink the industry’s education pipeline, a new article in the Texas Water Journal says. The shortage is primarily for workers involved in the daily operations of water and wastewater plants.

Rudolph “Rudy” Rosen, director of the Institute for Water Resources Science and Technology at Texas A&M University-San Antonio, said educational institutions must do more to effectively train workers for the industry.

“Right now, the industry does an incredibly good job of protecting the safety of our water and our streams, but the existing educational mechanisms have not worked to supply the need,” said Rosen, one of the authors of the new report, which was published in November in partnership with the Texas Water Resources Institute.

Colleges need to provide more practical training to students using existing training programs and new distance-learning options, the report said. It also proposes making it easier to obtain the certifications required for entry into the Texas water industries and a college degree.

Rosen said the industry is already seeing a shortage of people involved in the daily operations of treatment plants, including drinking water, wastewater and water delivery systems. This is an issue acutely affecting smaller utilities, he said, which have fewer resources to recruit employees and to provide professional development training once hired.

John Tracy, director of the Texas Water Resources Institute at Texas A&M University, said utilities in general are having trouble recruiting workers from their local populations.

“Compared to nationally, Texas is actually in good shape in dealing with this problem,” said Tracy, also a report author. “Still, it is not too hard to look around and see where some smaller water utilities are having problems. If you want a workforce out in West Texas, which is fairly disconnected, you’ll have to recruit people from the community to be a part of the workforce.”

Tracy said one of the “rock foundations” of the United States is that people can go anywhere in the country, drink tap water and feel safe. If that still matters, he said, then addressing a potential workforce shortage in Texas “is an absolute priority.” One solution, Tracy said, is to better market jobs in the water and wastewater industry as an attractive career path.

He points to Crystal City, Texas – more than 100 miles southwest of San Antonio – where water lines deteriorated so badly that dark, foul-smelling water came out of the pipes in 2016. A failure of governance there resulted in an unusable water supply, Tracy said.

In January, multiple national studies found that dozens of public utilities in Texas supplied tens of thousands of residents with drinking water that had illegal levels of arsenic, lead and radiation. At the time, experts like Desmond Lawler, a civil engineering professor at the University of Texas at Austin, called this is a longstanding problem among smaller and rural water utilities.

“There’s not a lot of money, they don’t have as great expertise and they probably don’t even know what degree of problem they have if they have one,” Lawler told The Tribune in January.

More than 15 percent of current water operators and nearly 13 percent of wastewater/collections operators are 64 and above, according to the Texas Commission on Environmental Quality, the state’s environmental agency. TCEQ does not advertise or recruit employees for these industries and said this is the responsibility of municipalities, water utilities and related associations.

TCEQ, which grants licenses to wastewater treatment plant and collection system operators, does not track operator loss, but said retirees take a “historic knowledge of the system or facility” with them as they leave.

“Public water systems and wastewater facilities often experience a perpetual loss of operators with historic knowledge due to high turnover rates either through retirement or the availability of more lucrative positions in other industries,” said Brian McGovern, a TCEQ spokesman. “As a result, there tends to be a shortage of qualified operators.”

Joseph Kane, a senior research associate at the Brookings Institute, studies why water workers nationwide are in short supply. Kane co-authored a June 2018 report that said employers must take greater ownership of this industry challenge and need staff to better articulate that message.

Kane said new training platforms are needed to equip water and wastewater workers with the skills necessary to grow throughout their careers.

“The biggest challenge is a lack of visibility for these positions,” Kane said. “If students and prospective workers are not aware of positions in this sector, it is going to be a challenge to identify and cultivate talent for years to come.”

Disclosure: The University of Texas at Austin and Texas A&M University have been financial supporters of The Texas Tribune, a nonprofit, nonpartisan news organization that is funded in part by donations from members, foundations and corporate sponsors. Financial supporters play no role in the Tribune’s journalism. Find a complete list of them here.

This article originally appeared in The Texas Tribune at https://www.texastribune.org/2018/12/13/texas-could-see-a-water-workforce-shortage/. 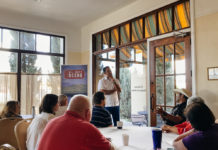 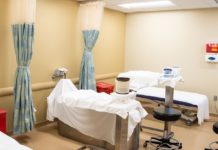