Congratulations to the Van Horn Eagles and to Fabian Baeza!

Fabian has been named as the Built Ford Tough Texas High School Player of the Week in Week 8 in Class 2A.

This award, now in its 10th year, has become one of the most coveted in Texas high school football.  That's because Ford only honors outstanding young men who have excelled on the field but also in the classroom and the community.  Built Ford Tough Players of the Week have gone on to great things since 2006 including young men who did great things in college football, made it to play on Sunday, and we've even had a pair of Heisman Trophy winners!

Congratulations to the Van Horn Eagles and Fabian Baeza, the coaching staff, Van Horn Schools, and Administration thank you to everyone involved for fostering an environment where our student-athletes can succeed and have an opportunity for awards like this.

KVIA-TV (ABC)  will be running a special on the Eagles and Fabian.  Be sure to tune in to this week's Built Ford Tough Player of the Week program at 8:30 am on Saturday.  The names of this week's winners will be announced on the show.

Football, of course, is the ultimate team game and this award is a tribute to everyone involved.  Without a stout offensive line and receivers that work hard at getting open and catching the ball, this team award is not possible. 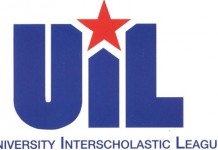 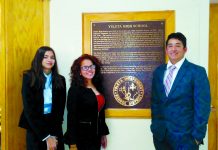