Over the weekend, the Van Horn Eagle track team headed to San Angelo, Texas to compete in the Region II-1A Track and Field Championships. During the prelims on April 29th, the Van Horn Eagle relay teams showcased just how hard they have been working this season when they qualified to the finals in all three relays. The relay team of Frankie Ontiveros, Caleb Hinojos, Elijah Gaines, and Bryce Virdell placed 4th in the 4×100 relay with a time of 44.85 and 5th place in the 4×200 relay with a time of 1:32.99. The team of Elijah Gaines, Caleb Hinojos, Cy Garcia, and Bryce Virdell placed 4th with a time of 3:37.25. Although our Eagles did not qualify to compete at the state meet, they ran their best times of the season! Four out of five of these young men will be returning next season, and they definitely have their minds set on becoming state qualifiers!

As the 2022 track season ended for most athletes this weekend, two of our very own will continue on to compete among the best 1A athletes in the state of Texas. On Friday, April 29th, at the long jump pit, Bryce Virdell was sitting in 4th place. On his final attempt, Virdell stayed determined and jumped his personal best of 21’4! His perseverance in the face of adversity earned him the 2nd place spot and his debut at the State Championships!

On Saturday, April 30th, Elijah Gaines competed against the top high jumpers in the state of Texas for class 1A. The roster included the 2021 State Champion and the silver state medalist in the event. Gaines was able to out jump the former State Champion by 2 inches to win the title of Regional Champion! His jump is the highest recorded jump (6’6) in the state of Texas for class 1A! This will be his second appearance at the state track meet, however, this year he is healthy and ready to make a real run for the title of State Champion.

The State Championships will be held in Austin, Texas on Saturday, May 14th at the Mike A. Myers Stadium. Bryce Virdell will compete at 9:00 A.M., and Elijah Gaines will compete at 11:00 A.M. Come out and support these young men as they represent Van Horn High School on the biggest stage in Texas! 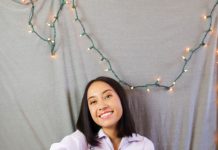 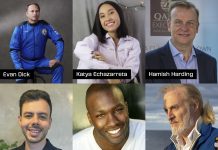 Additional closures implemented at GMNP due to increased fire risk