Yes, Virginia, there will be a Big Bend Brewing Co. event in Valentine on Valentine’s Day, but a small one.

“The basic outline is that there will be a party in Valentine on Valentine’s Day, said Mahala Guevara, vice president of operations, “say, 4pm to whenever.”

It will be free, but donations will be accepted at the door. Entertainment will be provided by former Fort Davis singer-songwriter and musician Doug Moreland, and “TBD,” Guevara added.

In addition, the Alpine taproom will be open 11am – 2pm on February 14 for folks who want the specialty bottle, and the next morning for folks leaving town.

The Alpine-based brewery was forced to cease operations in late December when the Canadian company fabricating beer-making equipment for the company’s expansion in San Antonio took bankruptcy.

The company is working to re-start Big Bend Brewing.

The beer company has held a shindig in Valentine the past six years, to celebrate locally-made suds, the tiny town of Valentine, “the love station,” on Valentine’s Day, local food vendors, and boot scootin’ music.

“The party will be primarily volunteer staffed and coordinated,” Guevara said. “For folks who want to help, they can reach us at [email protected].” 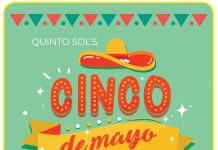 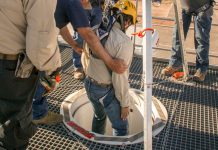