The Culberson County-Allamoore ISD Board of Trustees met in Regular Session on January 31. The Board was presented with the District’s audit report for FYE 2017-2018 prepared by Smith and Rives, P.C. The District received an “unmodified opinion” which is the best opinion that can be rendered. The Trustees were informed that the District ended the year with an $8.6 million increase in net position, much of which is in the Interest and Sinking (I&S) Fund that holds the funds for the bond payments.

Supt. Ken Baugh stated “how oil and gas has been so good to us” noting that new additions to the tax roll have increased the fund balance in the I&S fund substantially. Since this increase is in the I&S Fund and its use is restricted, the District must obtain voter approval to spend the excess money. Baugh noted that one use of the funds could be to pay off the Maintenance and Operating (M&O) fund debt for the football field construction which is costing the District about $400,000 in annual payments. This would free up future M&O funds to use for general operations of the school rather than for debt payments. Baugh also suggested that these funds be used towards other capital projects that were previously deferred. Baugh was quick to point out that he is not recommending that the District assess new taxes, but rather spend the restricted funds that are accumulating in the I&S Account. If the trend in oil and gas revenues continues, Baugh noted that it is possible that the tax rate could begin to decrease. 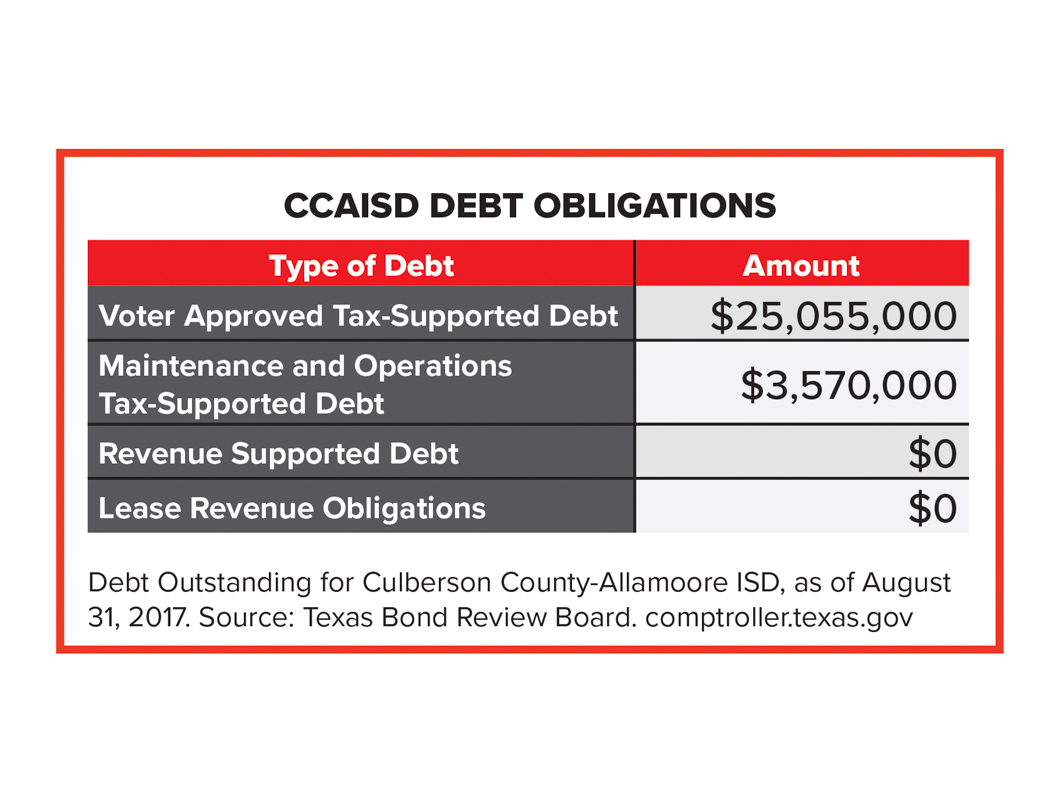 Trustees called a bond election for May 2019 to obtain voter approval to spend the excess funds in the District’s I&S Fund. The Trustees also ordered the May 2019 General Election.

The Trustees also received an update on the K-12 Campus construction project from HB Construction Manager Manuel Quinones. Quinones noted that they have experienced issues with El Paso Electric Company regarding the requirements for a disconnect which may delay the completion of the project by up to eight weeks. The architect is working with EPEC to come up with a solution that will reduce the delay.