Texas lawmakers have made a strong financial commitment to Sul Ross State University in the 2022-23 state budget, reflecting their ongoing support for the university under the leadership of President Pete P. Gallego.

“The Legislature’s priorities can be seen in how it chooses to spend its dollars, and this year’s budget shows that lawmakers have made Sul Ross a priority,” Gallego said shortly after the 87th Texas Legislature adjourned this week and passed a $248 billion overall, two-year state budget.

“Throughout the legislative session, I was in close contact with legislative leaders, committee chairs and budget writers. Having helped write many state budgets during my 20 years in the Legislature, I deeply appreciate their support for Sul Ross as we enroll, educate and graduate our students and prepare them as the next generation of leaders.”

Sul Ross was initially required to submit a budget proposal that included 5-percent cuts from the 2020-21 budget. But lawmakers restored that funding and also protected the university from cuts due to enrollment decreases in prior years as it works to increase enrollment across its four campuses. They also included funding for student success programs to help students excel and graduate.

The state budget also includes also includes $110 million for need-based financial aid for students around Texas, including many who will attend Sul Ross.

Sul Ross will also receive federal support both through the 2020 Coronavirus Aid, Relief, and Economic Security (CARES) Act and as a federally-designated Hispanic Serving Institution.

The above totals do not include money the university receives through philanthropy, grants, tuition and other sources.

“We are committed to providing all of our students with the financial and academic support they need to earn a degree, which is even more vital in today’s competitive economy. The Legislature’s support can help us achieve that goal,” Gallego said.

The House passed a bill that included two projects Sul Ross State and the Texas State University System had requested prior to the legislative session starting — $35 million to renovate several fine arts facilities in Alpine and $44 million for a building in the RGC campus. Ultimately, the bill did not pass the Senate, although it could be model for future funding decisions and bills. 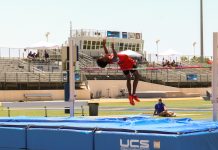 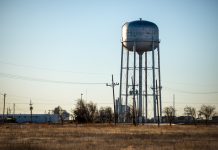 Rural Texas was meant to get 10% of state bonds for water projects. It’s getting less than 1%. 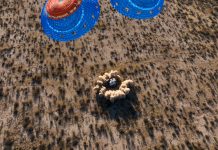